His wife, Lynda, had picked up the kit from Chapters as a gift for him.

“I took to it like a duck to water,” Parmiter recalls, “and soon realized, on the advice of other artists, that I had my own style.”

Today, nine years later, Parmiter owns Tripp’s gallery downtown Annapolis-Royaland his latest adventure is the restoration of an old church in Cornwallis Park in what he believes to be the largest independent art gallery in the Maritimes called Artland by the ocean.

“The size,” Parmiter said when asked what prompted him to open a gallery in the new location. “Tripp’s Gallery is about 1,700 square feet and this one is 10,000 square feet.” 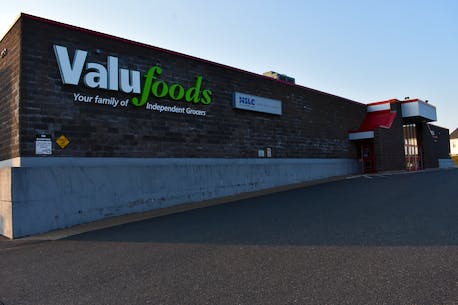 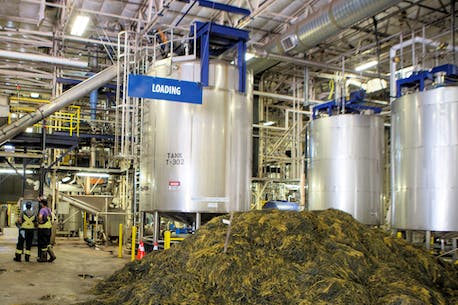 The couple lived in Saskatchewan about ten years ago when they decided to move to Nova Scotia. They bought a 38ft motorhome, loaded up their belongings and drove off to their new home.

“If he doesn’t fit in the RV, he didn’t come,” laughed Lynda.

They ended up buying a house in Bridgetown because they liked its “antiquity,” said Parmiter, a Kentville native.

He continued to paint, and soon after friends were looking for him to open a gallery.

So in 2012 they rented space at Annapolis Royal, and Tripp’s Gallery became a reality.

“He grew and grew and grew,” Parmiter said, noting that he sold more than 5,000 paintings during his nine-year career.

They quickly need more space and buy a building in Annapolis Royal.

But once the COVID-19 pandemic hit in March 2020, they decided to regroup in their own building as business slowed significantly.

“During this time, I started feeling for other artists,” Parmiter said. “As the days and months passed, I began to understand what other people were going through and really wanted to do what I could to help them.”

He started thinking about adding another place. While driving in December 2020, Parmiter came across the old church. It had recently been a museum, but had been closed for over a year when Parmiter stumbled across it on the former military base.

“I thought there was a place where I could bring together a great group of artists and create a successful center,” he said.

He parked out front and envisioned the potential of becoming a destination with tourists coming to the gallery and interacting with the artists as they worked on various projects.

Parmiter called the real estate agent and inquired about the building.

The agreement was signed and soon work began. The list of renovations to the structure built in 1945 included a new roof, rewiring and plumbing, among other things.

Artland by the ocean

What – A new art center that opened last summer. It operates seasonally. It has over 1,000 paintings by over 40 artists. All of his current art is from Nova Scotians, but he will accept pieces from all over the Maritimes.

Or – 726 and 728 Broadway, Cornwallis Park. It is located in an old church on the former military base.

Preparing for the coming year – The center opens for the season on Mother’s Day.

Did you know? Art director Ed (Tripp) Parmiter had no formal training as a painter. “None,” he said. “It’s completely self-taught.”

Before his artistic career – Parmiter was involved in a wide variety of occupations before painting. These include being a pilot, running a boat tour business, training standard breed racehorses, running an antique market, selling music and vintage cars, to name a few.

Edwin C. Holletta longtime artist who lives in Centerville, heard about the new gallery through a family member and got in touch with Parmiter, who agreed to sell his paintings in the new location.

“I went to meet him and we hit it off right away,” Hollett said. “I love Ed. He’s a fantastic person to deal with.

Paul Edmund turned to art full-time after retiring from the financial industry. He came into contact with Parmiter through the arts community and was intrigued by what was happening at Cornwallis Park.

“I went to see what he was doing and decided it would suit me,” he said, noting that he liked the size of the gallery which offered plenty of space to showcase artists’ work. .

Edmond, a Dartmouth resident who does acrylic paintings on canvas, is a studio artist in Oceanside.

“He has a good heart,” Edmond said of Parmiter. “It’s not just about him. He’s really a guy trying to promote the idea of ​​art in Nova Scotia.

But business was not going well. Tourism was still heavily impacted by the pandemic and Parmiter knows the gallery was not shaken.

“It was a tension,” he admitted.

“A lot of other people who came through last year would have given up, and I had actually thought about it many times, just emptying the building and putting the sale sign on it. … I just couldn’t do that to artists.

Like many industries, the arts community has felt the pinch during the pandemic.

“They’re lucky to have a guy like Tripp as someone to support them,” Edmond said.

“I think once it’s established and people know it exists, then I think it’s going to be a big deal.”

Parmiter plans to give it another chance this year. He is in the process of adding a cafe to the building and he is considering other additions for the property.

It plans to open on Mother’s Day and increase the number of opening days as the tourist season picks up.

Jason Malloy is the editor of the Annapolis Valley Register. He can be contacted by email at [email protected] and followed on Twitter at @JasonMa47772994.