It is part of the ongoing traditional paintings camp organized by Bharat Bhavan as part of his Sanskriti Aur Prakriti festival.

Under the theme Anhad, Dinesh made three artists playing the tabla and other musical instruments. Another of his works shows women dancing. A person reading a book in a library was created under the theme of Vagarth.

“I will do a work showing a man handling a camera under the theme of Chhavi,” he said. Also, he made a replica of Bahirang – Bhavan’s open-air auditorium. The works, when complete, will be fired at 800 degrees Celsius, he says.

Dinesh’s specialty is that he does not use molds but shapes his works, which are hollow, with his hands. Dinesh, who has been in the business for 45 years, has art in his blood. Her father, Mohanlal Kumhar, received the Padma Shri award in 2013 for his contribution to the field of art. 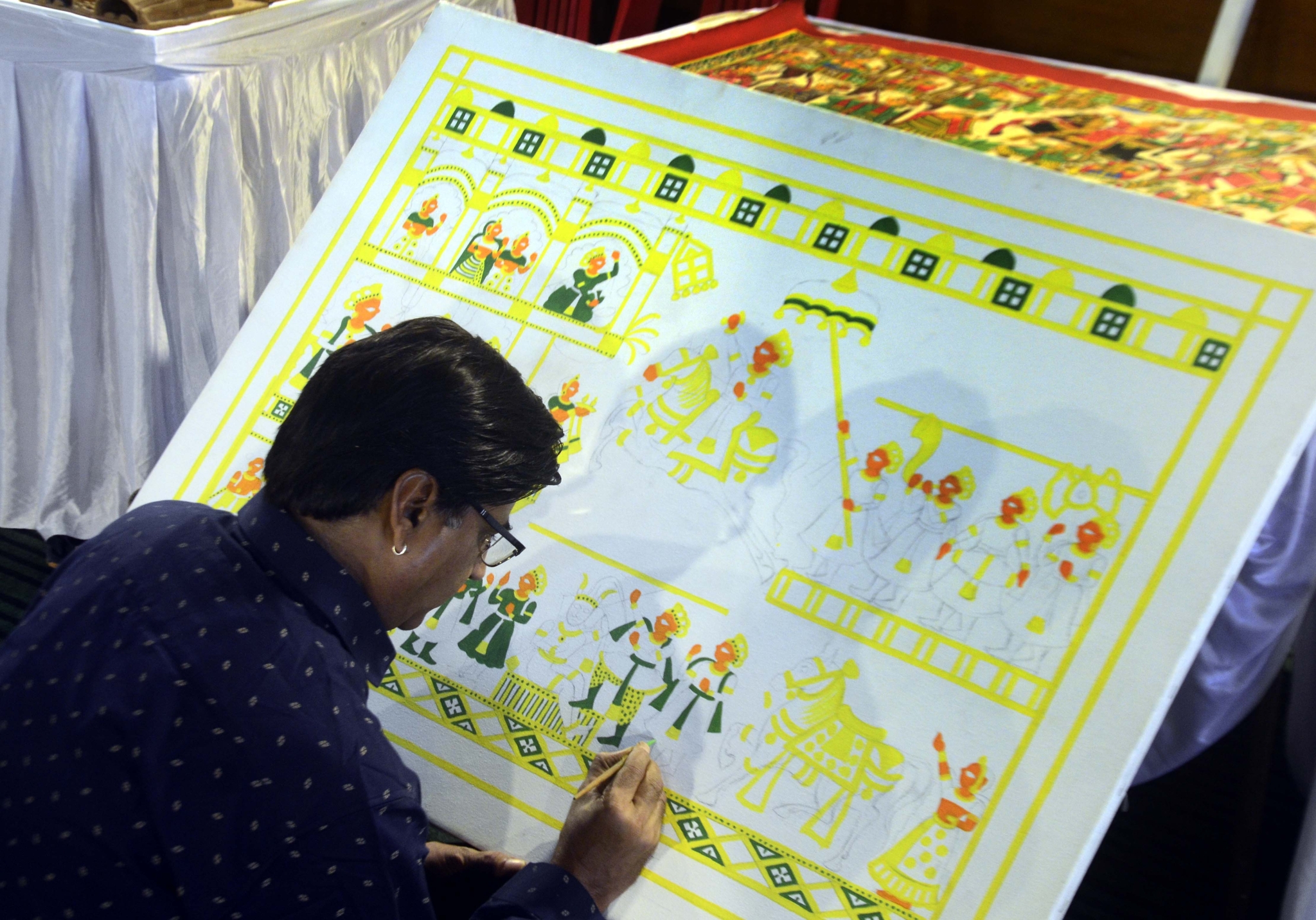 The 10-day camp, which began on November 11, sees the participation of artists from across the country. Mohit Kumhar, 21, also from Rajasthan, is busy making nine terracotta forms of Goddess Durga. “The new generation shuns the arts. There’s no money in it,” said Mohit, who is pursuing her graduate studies in fine arts.

Rahul Pathak from Bhilwara, Rajasthan made acrylic on canvas works depicting events from the life of Pabuji Maharaj, a folk deity from Rajasthan. Kumkum Jha, 38, from Bihar, makes a Madhubani painting, depicting a woman offering Arghya to Sun, standing in knee-deep water, as part of Chhath puja rituals. 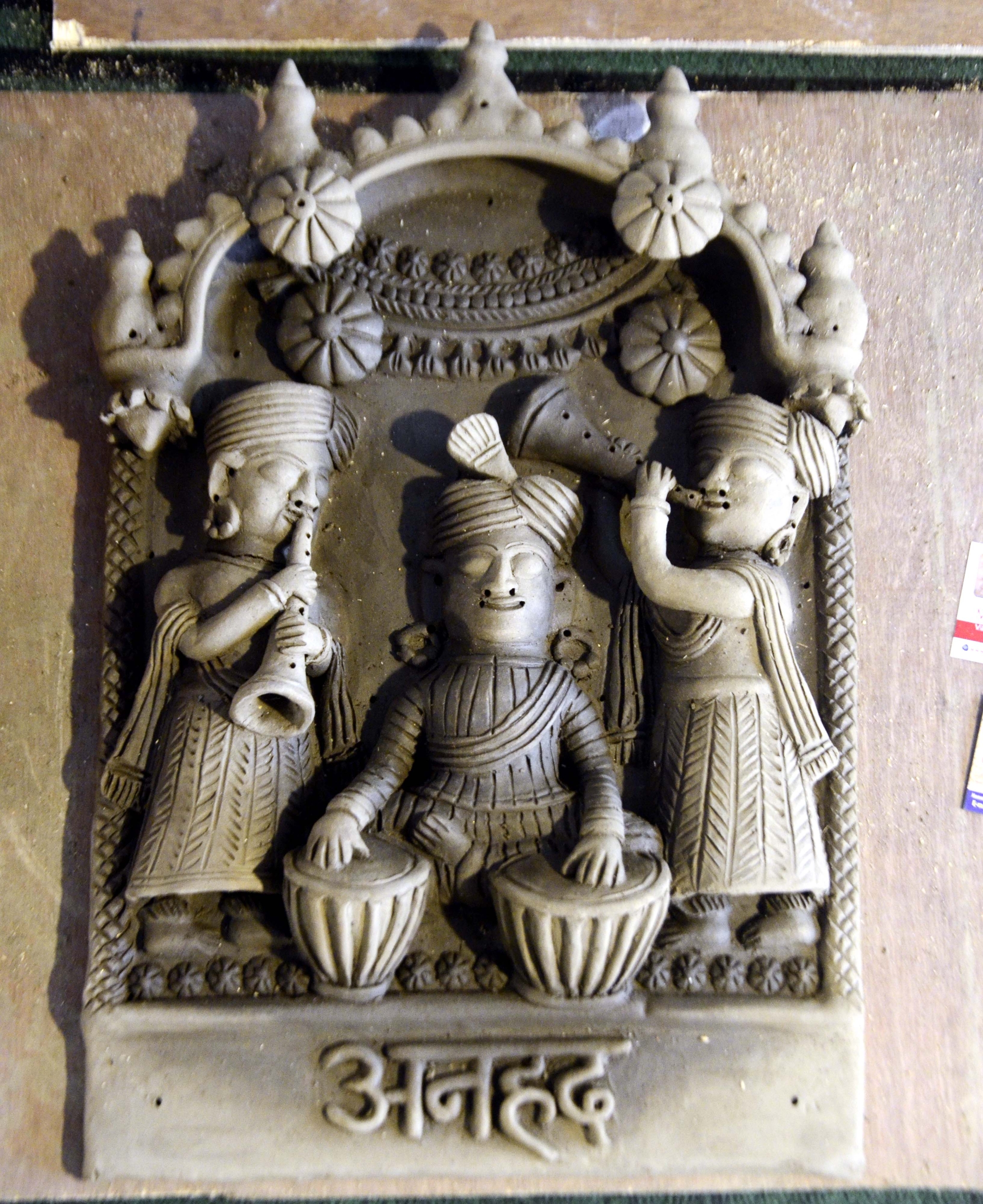 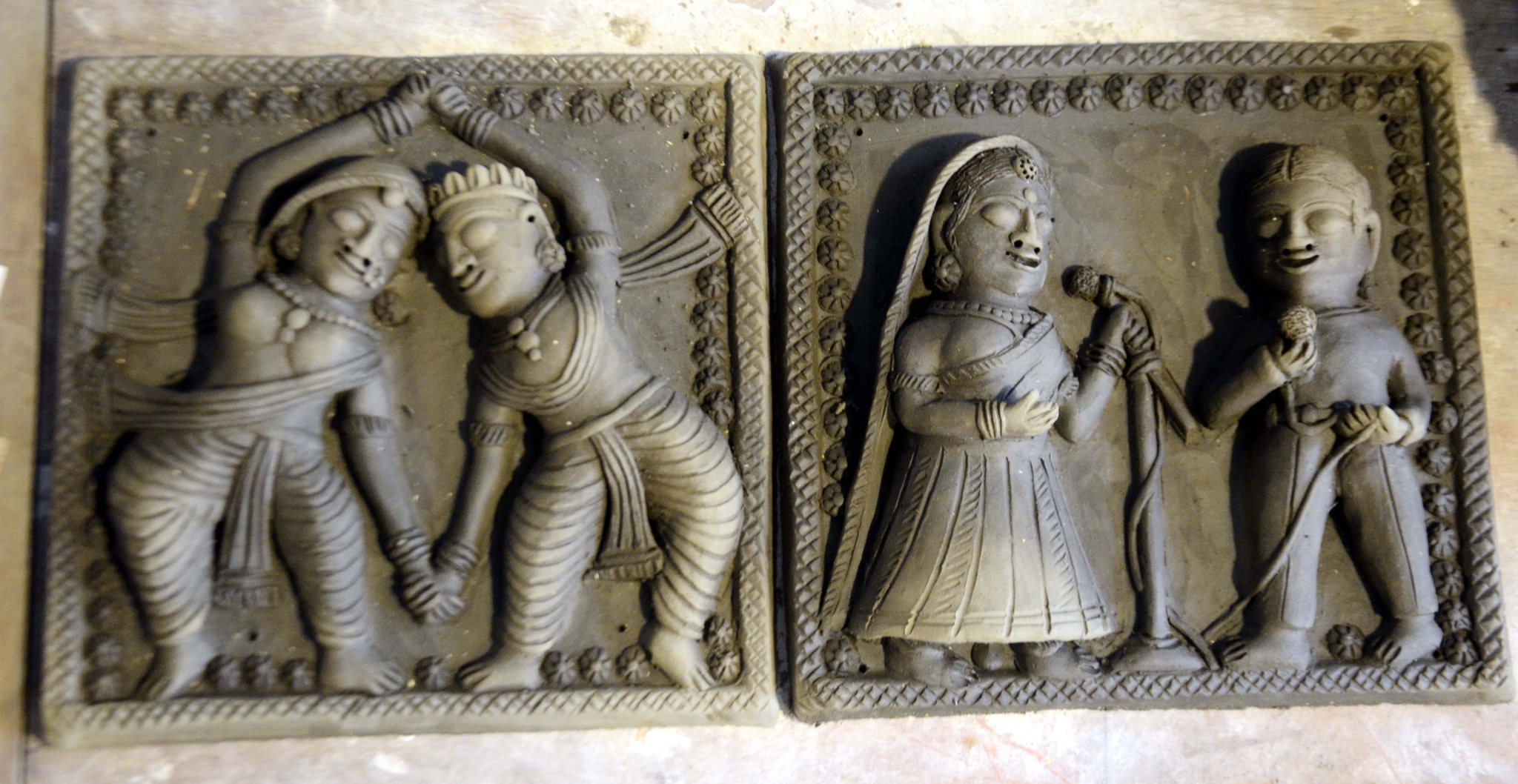 Terracotta art pieces made by the artist in the studio |

Krishna Verma, 64, made Mandana, which is traditionally made on Diwali and other auspicious occasions. Prahlad Mohram, 53, from Odisha made Pattachitra paintings based on Kalidas’ Raghuvansham. He used handmade canvas and natural colors.

(To receive our E-paper on WhatsApp daily, please click here. We allow the PDF of the paper to be shared on WhatsApp and other social media platforms.)